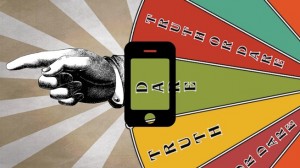 What to play an adult game? Not just any game a dirty fun or just down right adult version of classics. Lets play a game for adults only. We will talk about a few good games that you can play from the time you are 18 or in the old folks home. Let loose and be a toys-R-us kid again.

Spin The Bottle
A bottle is placed on the floor in the center of the circle. A player spins the bottle, and must kiss the person to whom the bottle points when it stops spinning. It is popular among teenagers.
https://en.wikipedia.org/wiki/Spin_the_bottle

7 Minutes of Heaven
Seven minutes in heaven is a teenagers’ party game first recorded as being played in Cincinnati in the early 1950s.[1] Two people are selected to go into a closet or other dark enclosed space and do whatever they like for seven minutes.[1] It is common for the participants to kiss, make out, and be sexual, but participants may instead choose to talk, engage in some other (usually quiet) activity, or do nothing at all.
https://en.wikipedia.org/wiki/Seven_minutes_in_heaven

Truth (or) Dare
Players are given the choice between answering a question truthfully, or performing a “dare”, both of which are set by the other players.
https://en.wikipedia.org/wiki/Truth_or_Dare%3F
App on my Phone

Sex Dice
Sex dice is a dice game intended to heighten the sexual atmosphere and promote foreplay.[1] Instead of numbers, each face on the die contains the name of a body part; the body part that faces up when the die is rolled must then be given sexual attention
https://en.wikipedia.org/wiki/Sex_dice

Role-Play
Role-playing refers to the changing of one’s behaviour to assume a role, either unconsciously to fill a social role, or consciously to act out an adopted role.

Questions or Comments about the show or sexually related questions for future shows.
https://www.speakpipe.com/afsnetwork